The Bridges of Bratislava

Five bridges cross over the Danube River in Bratislava: Stary Most, Novy Most, Pristavny Most, Most Lafranconi and Apollo. Each of them has a unique history and purpose. 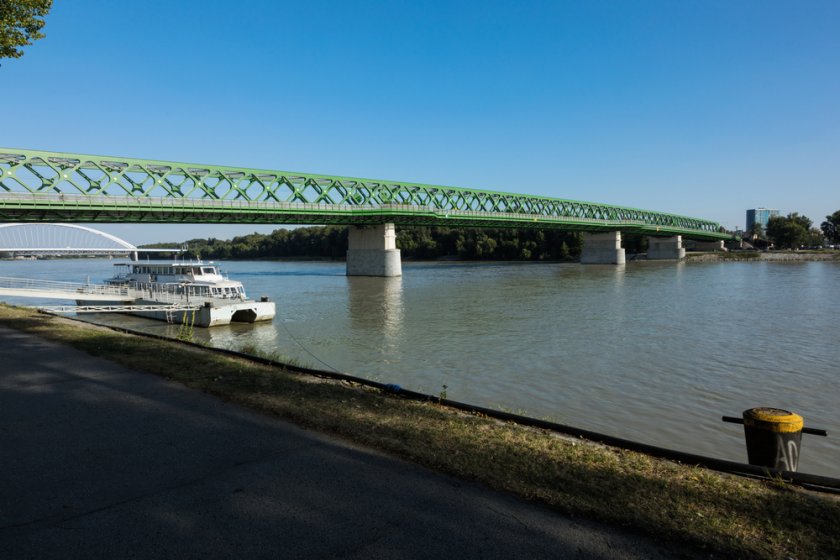 This oldest of the bridge in Bratislava was built in 1890 and was named Franz-Jozef Bridge after the Austrian emperor. After World War I, it was renamed Stefanik's Bridge after one of the Slovak founders of Czechoslovakia, Milan Rastislav Stefanik. Before the end of World War II, the retreating German army destroyed the steel part of the construction, and it was then rebuilt by the Red Army of the USSR. After the war, the name of the bridge changed again to the Red Army Bridge. The current name was given after the Velvet Revolution in 1989, when the names of many pro-Soviet landmarks were changed.

The bridge is 460 meters long and it contains a wooden sidewalk for pedestrians, a simple two-lane road, and a railway track. Since reconstruction in 2012, the bridge is closed to automotive vehicles. 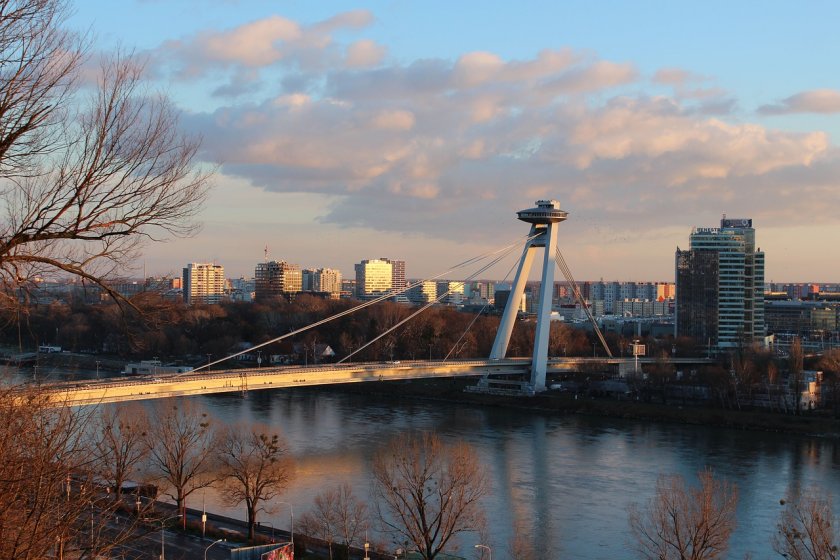 The second bridge crossing the Danube was built in 1972. It was named Most SNP (The Slovak National Uprising Bridge). Many residents of Bratislava did not like it being built because a significant part of the Bratislava historical center was demolished during its construction. After the Velvet Revolution, the bridge was given its current name.

The bridge is 430 meters long and its column rises 95 meters into the air. It has a special attraction at the top of column – Cafe UFO. The restaurant serves "Mediterrasian" food and breathtaking views of Bratislava and surrounding areas as far as 100 kilometers away. To reach the top, visitors take the elevator, which holds up to ten people. There is also an emergency staircase consisting of 430 stairs. It is one of the city's main tourist attractions and about 200,000 people visit the cafe yearly.

In 2001, the bridge was declared to be the construction of the century in Slovakia and in 2005, it entered the World Federation of Great Towers as its smallest member.

Due to an inconvenient state of Old Bridge and a plan for route to bypass much of Bratislava, it was necessary to build another bridge. The work on Harbor Bridge started in 1977. In 1983, the lower level, which is for railway traffic, was finished. Two years later, the upper floor, which supported a highway, was completed. The bridge was called Most hrdinov Dukly (Dukla Heroes Bridge), named for the World War II battles fought at Dukla Pass near the area where the present-day borders of Poland, Slovakia, and the Ukraine meet. It was designed to accommodate 50,000 cars a day, but today more than 120,000 cars pass over it daily. After 1989, the bridge was given its current name.

The bridge is 460 meters long and its weight is 12,016 tons. It also has a foot-bridge for pedestrians and one for bicycles as well. These are located on the lower level along the railway track.

The fourth bridge over the Danube was supposed to be called the Bridge of Youth, but as it was finished after 1989, it was decided that it should be named after the student dormitory Lafranconi, which used to be situated on the left side of Danube riverbank.

The work on the bridge started in 1985, and it was open in 1992. It is 761 meters long and contains a four-lane highway, which is 30 meters wide, a path for pedestrians and bicycles, and a gas pipeline.

It is a part of a highway to Czech Republic. Over 44,000 vehicles pass over it daily.

Apollo Bridge is the newest bridge in Bratislava. It is located between Old Bridge and Harbor Bridge. The total length is 835 meters. This bridge won the prestigious Opal Awards in 2006, having been nominated by specialists from the American Association for Technical Engineering. It was also the construction of the year in 2006 in Slovakia.

The construction took place from 2002 to 2005. Interestingly, during its construction, the main part of the bridge was built on Petrzalka side of the riverbank and then rotated with ships over several days to its current position.
It was named after the former refinery, which was located near the bridge. During construction, people used to refer to it as to Most Kosicka (Kosicka Bridge), because it was built as a prolongation of Kosicka Street.