Ice hockey is the most popular spectator sport in Slovakia. The country proudly turns into "hockey country" for the 2011 Ice Hockey World Championship held in Bratislava and Košice.

The world championship trophy brought home by the Slovak national team in 2002 was celebrated with street parties of a scale previously unseen in Slovakia.

Bratislava is represented in the Slovak national league by HC Slovan Bratislava (in Slovak only). Slovan played its home games at the ice hockey arena on Odbojarov. The stadium, main venue of the 2011 World Championship undergoes a complete makeover in 2010 to expand to 10,000 spectators capacity. 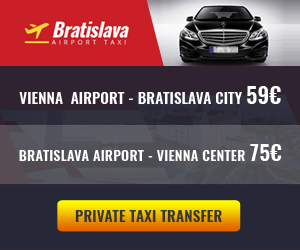 Tickets can be bought at the stadium on game days. For the game schedule check HC Slovan Bratislava website (home games marked in blue) or the Bratislava Event Calendar Sports section.