Devin Castle is located 12 km from the historical centre of Bratislava and a part of Devin, one of the smallest Bratislava boroughs. It has been a National cultural monument since 1961 and is definitely worth visiting, not just because of the beautiful panoramic view and beautiful natural scenery surrounding the castle. Nowadays the castle serves as a museum.

How to get to Devin Castle from Bratislava

The Devin Castle is easily accessible from the Bratislava city center by public transport, by car, by boat or even by bike. You can also take it as a nice hiking trip. For detailed information on particular ways to Devin Castle visit our guide, where all possible ways are described.

There may be some exceptions, for example, on holidays, so for up-to-date information on opening hours or admission, please visit this website.

Is Devin castle worth visiting?

Definitely yes! And what´s more - not for nothing is Devin one of the most popular places and a must-see when visiting Bratislava. 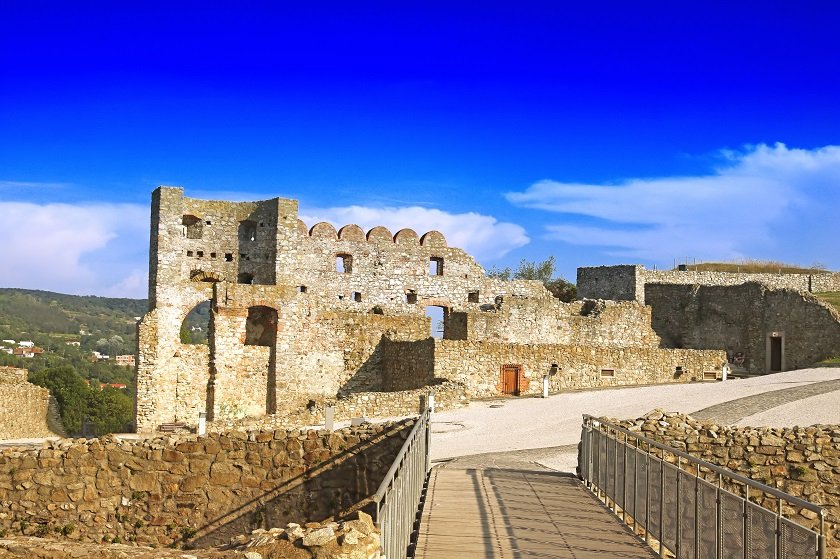 Devin is a great place to visit not only for lovers of history, but also for beautiful nature and scenery. Above the village of Devin, there is the national natural reserve Devinska Kobyla with several hiking trails. Moreover, Devinska Kobyla is actually the highest point of Bratislava. Since 2020 there is a new observation tower that offers spectacular views of Bratislava, Danube River, Morava River as well as of neighbouring Austria with Vienna and the Alps in the background. Definitely breathtaking!

Devin Castle above the confluence of the rivers Danube and Morava is one of the three oldest historically acknowledged castles in Slovakia. The village of Devin is now a part of Bratislava. The oldest traces of settlement there date back to the 5th century B.C. Due to its advantageous geographical position, it was able to control the most important trade routes along the Danube as well as one part of the Amber Road. In the 1st century B.C, the territory was populated by Celts. The castle played an important role as a boundary fortress as a part of the Limes Romanus fortifications against enemies at the times of the Roman Empire and as a military station and trade centre at the times of the Great Moravian Empire the first Slavic state. The first written reference to the castle and its ancient name – Dowina comes from 864. After the fall of the Great Moravian Empire, the castle served again as a boundary fortress under the reign of the Hungarians. The castle was altered in the 13th and 16th century and destroyed by Napoleon's troops in 1809. Archaeological research began in the 30s of the 20th century.