Bratislava was always a meeting point of the trade crossroads in Central and Eastern Europe. In this article we are going to take you through the brief history of Bratislava, Slovakia.

History of Bratislava begins in 400 - 50 B.C.when an important Celtic town - "Oppidum" was established at the current territory of Bratislava city, Slovakia. During the 1st through 5th century territory of todays Bratislava is known as "Limes Romanum" - fortified border of Roman Empire. Bratislava Castle and Devin Castle became important centers during the Great Moravia ("Velka Morava") empire. Great Moravia (Moravia Magna in Latin) was established in year 833 and lasted until 10th century. 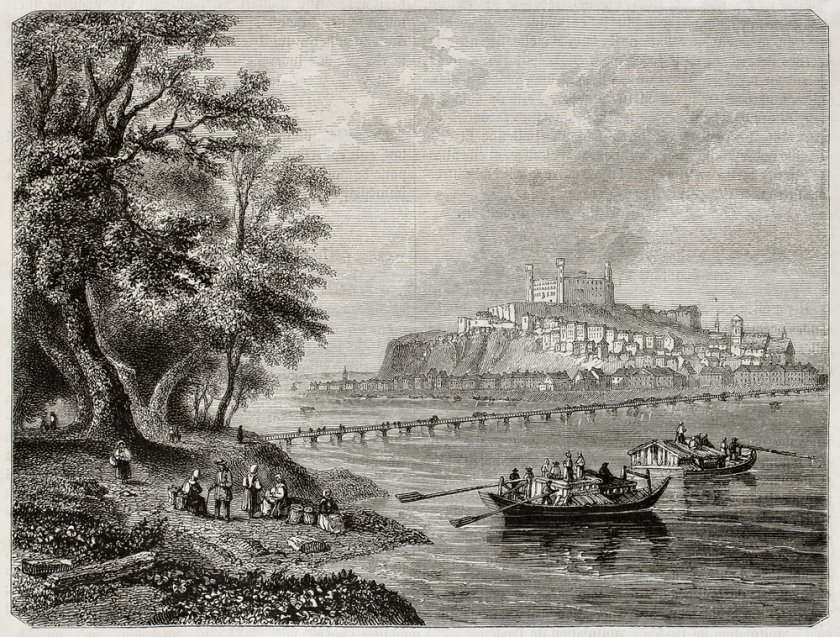 Since the 18th century Bratislava is a important place of Slovak national and cultural movement, firstly led by writer Anton Bernolak, later by leader of Slovak national movement Ludovit Stur. In 1840 first railway in Hungary is built and connects Bratislava with Svaty Jur. This is shortly followed by train connection to Vienna (1848) and Budapest (1850). During the late 19th century Bratislava is heavily modernized and industrialized.

Bratislava - the capital of Slovakia

On January 1, 1993 Slovakia becomes independent state after the Czechoslovakia splits and Bratislava is the capital.