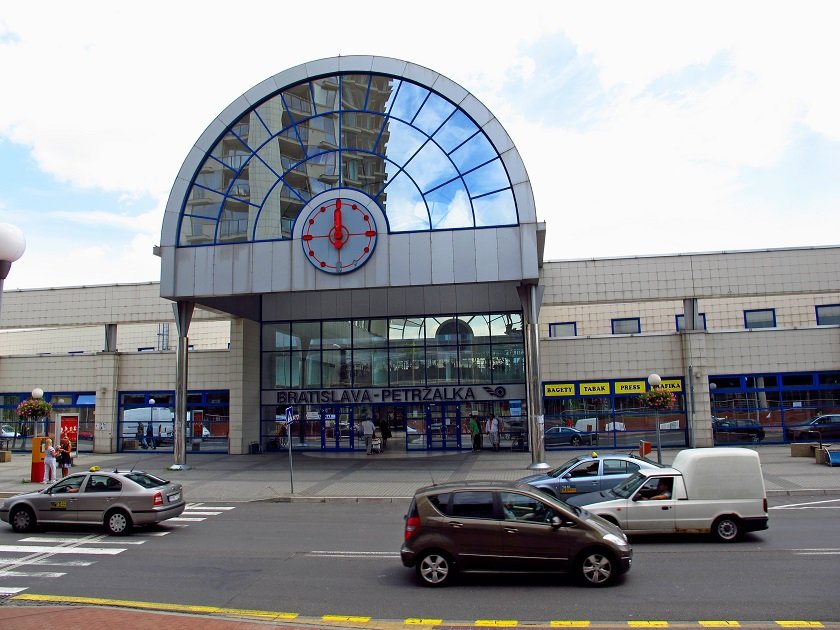 From Vienna to Bratislava by train

Petržalka train station is known mainly for its direct train connections to Vienna. More precisely, Petržalka is the final station. Trains to or from Vienna leave from there practically every hour and the journey takes less than an hour, so if you´re thinking of travelling from Vienna to Bratislava by train, or vice versa visiting Bratislava from Vienna by train, it is likely that Petrzalka will be your station of departure or arrival. More information on getting from Bratislava to Vienna can be found here.

Arrival and departure times can be checked online. To check the schedule of this train station, it's necessary to select Bratislava Petrzalka as the departure location. On this website you can also find online information boards from the particular train stations in Slovakia or the current location of all trains, including delays.

Tickets can be purchased directly at the train station, or you can buy them online when searching for a train connection here.

How to get to/from Bratislava Petrzalka train station