Since the Middle Ages Bratislava has been a city at the crossroads between other major capitals such as Budapest, Vienna, Prague, and other cities to the north. Many train stations were built at the end of the 19th and the beginning of the 20th centuries during the industrial revolution. However some had to be demolished to make way for city expansion.

Our list of train stations below only includes those stations that would be of use to foreign travelers. 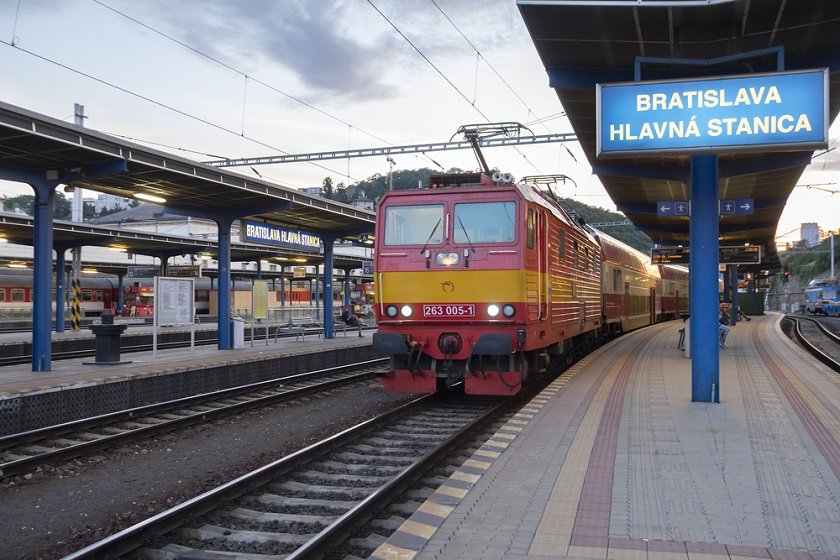 The Bratislava Main Train Station (Hlavna Stanica) is located close to the city centre and serves most of the international traffic. The main train station also provides numerous connections to many domestic routes. Trains to and from other cities in Slovakia, Austria, Czech Republic, Hungary and Poland can readily be found here. 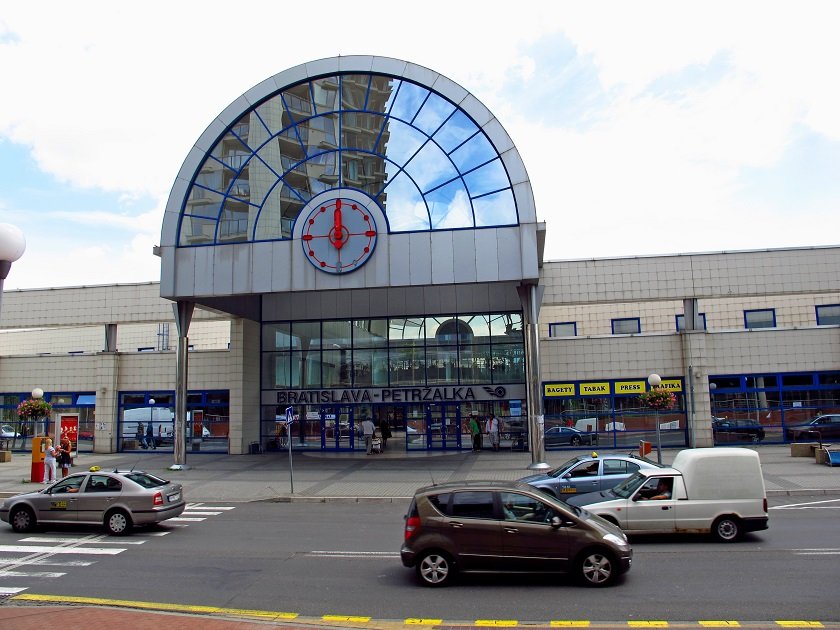 Train Station Petrzalka is located in Bratislava within the Petrzalka district and provides direct trains to Vienna, Austria as well as to some other international and domestic destinations. Many trains to Austria and Hungary can be found here as well and the Petrzalka station is a great alternative choice if a particular train from the main station does not fit your schedule.

Train Station Vinohrady is only five minutes by train from the Main Train Station and handles most of the trains from the North, East, and South of Slovakia. Most of the express international trains stop here with the only exception being that of the InterCity (IC) trains that pass right through. You can find trains to other cities of Slovakia, Czech Republic, Hungary and Poland from here.

Train Station Predmestie is located very close to the Vinohrady station. In the past the station had been used mostly for industrial purposes and still handles very few domestic trains. This station is not a recomended alternative as the best options would most certainly exist at the other mentioned stations.

Train Station Nove Mesto is located in the Ruzinov quarter. Trains using this station most often are those that remain domestic though some incoming international lines also stop here. Nove Mesto Train Station is a good place to take trains to other Slovakian cities as well as destinations in Poland.

Train Station Vajnory is located in the Bratislava Vajnory district. Trains from the east of Slovakia stop here and the station handles mostly domestic traffic. This station is another good alternative if you are traveling to other cities within Slovakia or if Hungary is your desired destination.

Train Station Devinska Nova Ves is located in the Devinska Nova Ves district close to the Volkswagen factory. Some trains to and from Austria stop here.
Plans for some of the unused train platforms are being considered to provide more stops for inner-city lines in the future.

The train schedules can be found here. Connections to the Czech Republic can be found on jizdenky.regiojet.cz.